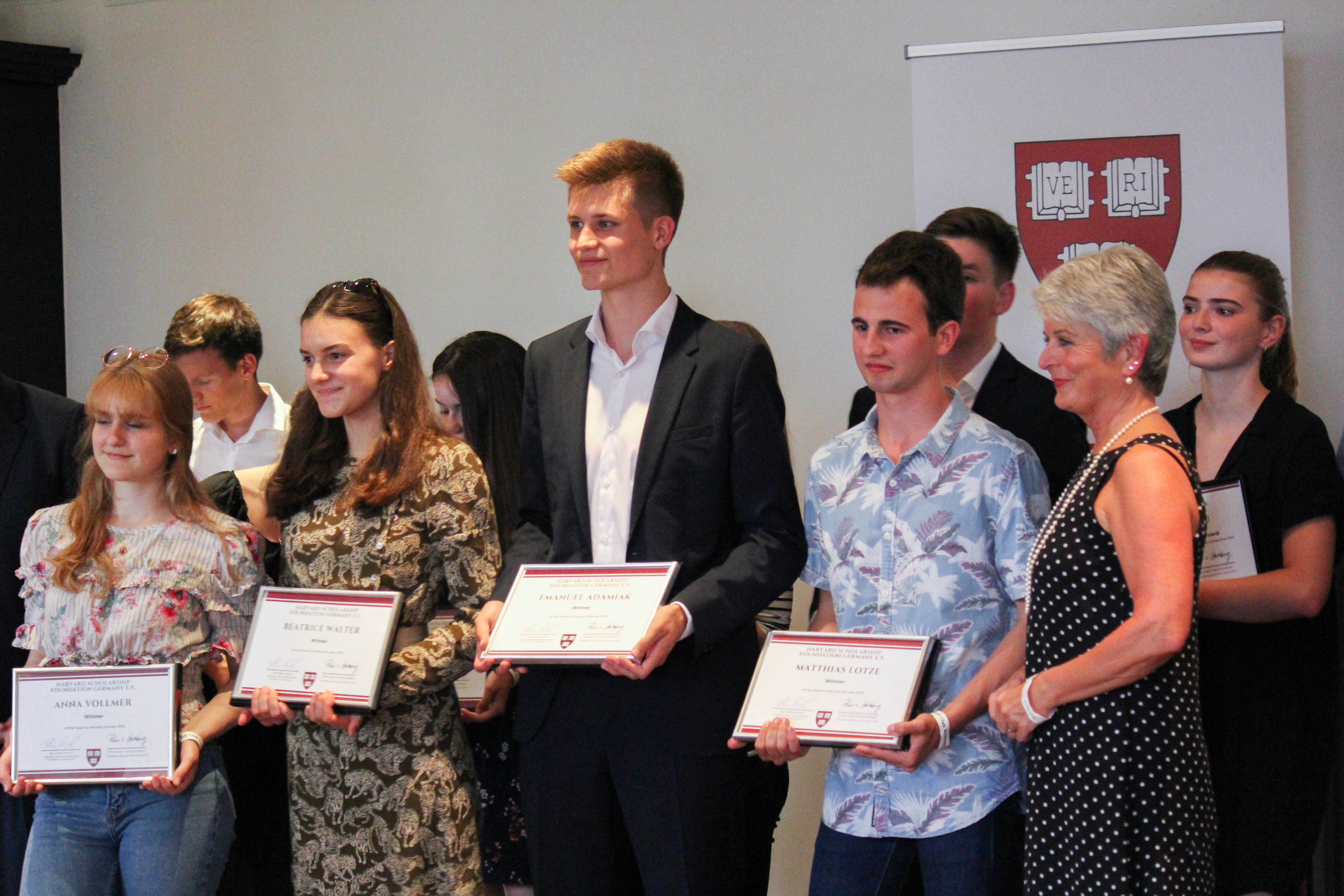 The Harvard Scholarship Foundation Germany e.V. - a scholarship initiative of the five German Harvard Clubs - has announced the "Road to Harvard" essay competition back in May for the second time following its great success in 2017.

The project started with the aim to inspire motivated and talented young people and broaden their horizon. Thanks to the promotion by school administrators and teachers, our competition reached a large number of students.

We contacted more than 430 schools all over Germany and more than 80 young students competed creative essays in the competition. From these applicants, 20 particularly interesting finalists were selected and invited to the finale in Düsseldorf for an interview with six representatives of the various Harvard Clubs in Germany, where they had to answer questions about their diverse life experiences, wishes and ideas.

The winners of the competition are Anna Vollmer and Matthias Lotze (both Krefeld), Beatrice Walter (Frankfurt), Emanuel Adamiak (Nuremberg) and Alexander Raßbach (Düsseldorf), who are allowed to travel to Cambridge in October to immerse themselves in the world of the Harvard University . They will be accompanied and supervised by members of the Harvard Scholarship Foundation. 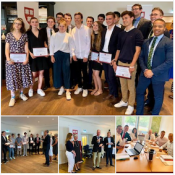